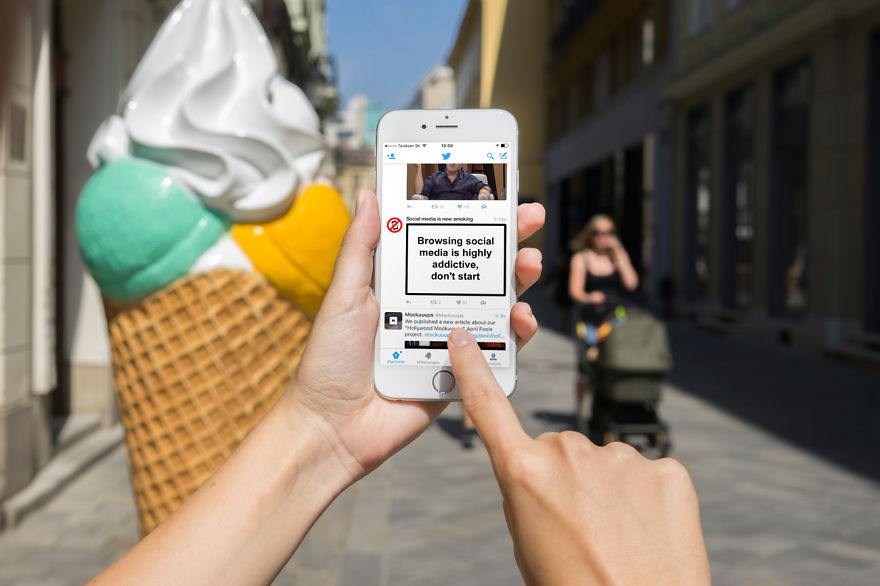 In 2011 University study suggested people check their phones 30-40 times per day. The experiment showed my average daily pickups 29, spent time 2 hours and 8 minutes. However, the recent study says US customers are using smartphone 5 hours per day. Spending one-third of the wake-up time interacting with technology is astonishing. Pulling out the device and looking for engaging information is a big part of our lives. People working on the digital products holds power similar to atomic energy - it can be used for destroying or powering cities.

As humans, we are constantly learning something new. Dopamine is hugely discussed as the cause of all human suffering and pleasure. It is a chemical in our brain that helps control reward and pleasure centers. It enables us not only to see rewards but to take action to move toward them.

Increased level dopamine provoke us. Research on fireflies shows how furiously flies flew when were pushed back by compressed air. More times they were pushed back by air, more furious they were flying in the tube. This may also explain why flies feel huge urge sit again and again on your face in the early mornings.

The internet brings information to be reachable within a few seconds. In combination with curiosity it's becoming a powerful drug. Are you wondering where is the Stropkov, or what is the 6th number of the Phi? Now you can find the answer in the few seconds.

Bells in your pocket, always on, always with you

Over the years we have been trained. When something rings, we respond. This habit has opened the way to new disruptors - notifications. Phantom vibration syndrome is now standard and getting rid of the little "unread" badges our full-time hobby. Facebook's News Feed badge shows even when there are none

Nir Eyal in book Hooked divided Hook Canvas into 4 phases. It begins with external trigger and ends up as part of our natural behavior. A single buzz of the notification will pull you out of boredom. After few repetitions, there is formed the new connection in the brain. And even when you are super busy, you will find time to enter the world full of engagement. Bell, ring or any other external impulse, trigger you to do some action. Smaller, and easier action, easier less motivation is required. Founder of Persuasive Technology Lab - BJ Fogg defined the model for behavior change. When right motivation, action, and trigger meets - new behavior is formed.

It starts with a simple click the button and ends, buying the $200 shoes, you didn't know you want. An effective Trigger can lead people to perform harder behaviors like paying for a product. A gradually increasing request is used also in selling or online marketing with the sales funnel. The person at the final stages is more likely to accomplish task after all this effort than the person who would instantly get there. Why? More time you spend on something, more valuable it becomes for you. To establish a connection between the trigger and the action, there must be a reward. In fact variability of the reward plays here an important role. This makes slot machines and whole gambling so thrilling. In the experiment, the pigeon in the cage hitting red target what was randomly served food. More variable the food reward was, more was pigeon hitting. Remember fireflies? Who is in charge here?

Nike application will encourage you and help you keep the track with your running. Nike uses the same techniques as gambling, however running is considered as healthy activity. Starting running is the first step on the customer journey map to buying a new pair of shoes.

Applications and products are built to be manipulative, and that's the fact. The question is, are we controlling the apps or apps are controlling us?

Time spent with our tech gadget has rapidly increased over past years. Tristan Harris is former Design Ethicist at Google now leads Time Well Spent Its focus is on evangelizing ethics to creators, consumers, and advertisers - to align technology with humanity.

Who else takes responsibility for doing it so? This topic requires serious discussion. With raise of quantifying human actions and machine learning, we need to find the right metrics.

Now it's three months since I disabled Facebook news feed. I do have such control above constantly checking it, as I wish. Rather than liking posts people I know, I prefer deep and meaningful conversation. This change meant for me the increasing quality of the time since I enjoy more being bored watching surroundings than being trapped in the virtual world.

Some extremists start living without their smartphones. Ed Sheeran is reachable only by email. Luis C.K got his daughter to set up parental control on his phone. Who will be next? Is that you?

We entered digital age so fast we become hooked instantly. Everyone holds responsibility for own life, but it may be hard when there are so many catches, on every step. Technology needs to be designed for the people and help them to be more human.

In 1932 Aldous Huxley published book Brave New World. He was feared that we enter the age when humanity is controlled not by fear but by the pleasure. We are already here, completely hooked by our own curiosity. Now it's up to creators if they will take a responsibility. What will our future look like? Will it be controlled or enriched by technology?